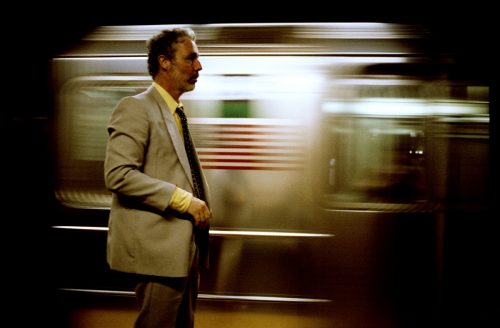 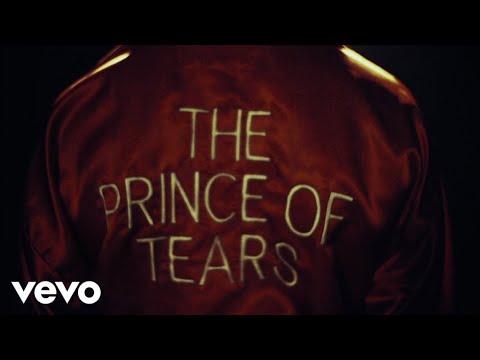 
“Hello everyone, I’m sorry to announce that our Uk and European dates starting in February 2021 cannot go ahead due to the ongoing covid-19 situation. We now feel it’s time to cancel this tour. For information on refunds please contact your point of purchase.”

Well, love is not necessarily the right word but these creatures and constructs are the inspirations for the songwriter’s new album, Night Chancers, a ten-song gaze into the black hours and the characters and behaviours that swirl around within them.

„It is informed by one’s current behavioural patterns,” suggests Dury of these adventures on the seedier side. “It was the period after Prince Of Tears I guess, halfway between heartbreak and getting back on your feet, when you’re rebuilding – not necessarily successfully – your outlook on life. Trying to fit into the modern world, avoiding the barbed wire between youth and maturity.”

However, while Dury’s last record, the acclaimed Prince Of Tears, was a cinematic confessional trying to stay afloat on the seas of relationship failure, Night Chancers finds the songwriter adopting a more directorial approach to his tracks, sketching out people and situations as he initially dives deep into the darkness before reaching an emotional dawn.

“It’s meant to be a bit Kubrick-y, a psychological journey through the maze bit in The Shining,” he suggests of the conscious progression across the album. “So they’re not all confessional, it’s more of a feeling projected into a filmic narrative. On some of the tracks different characters appear.”

If Dury isn’t always coming from a personal point of view on every song – and there are still plenty of moments where he lays his life out lyrically – he is speaking from candid, firsthand experience. From thrilling affairs that dissolve into sweaty desperation (Night Chancers) to the absurd bloggers fruitlessly clinging to the fag ends of the fashion set (Sleep People), via soiled real life (Slum Lord), social media-enable stalkers (I’m Not Your Dog) and new day, sleep-deprived optimism (Daylight), the record’s finely drawn vignettes are all based on the corners of a world Dury has visited.

“They are things that I’ve experienced or seen,” he says of the album’s subject matter. “That explorative period after being in a long relationship – you find yourself in situations where your bravado about what’s happened and the reality are two different things.”

The record’s title track and centrepiece defines this spirit, as it develops into a brutal self satire on an evening spent in a Paris hotel.

“Night Chancers is about being caught out in your attempt at being free,” admits its creator. “It’s about someone leaving a hotel room at three in the morning. You’re in a posh room with big Roman taps and all that, but after they go suddenly all you can hear is the taps dripping and all you can see the debris of the night is all around you. Then suddenly a massive party erupts in the room next door. This happened to me and all I could hear was the night chancers, the hotel ravers. Nothing compounds your loneliness more than then you’ve got crumbs stuck to your face, the girl’s left and there’s a party next door. What do you do? You try to bring the person back and you lose all of your dignity by showing your vulnerability. It’s all a bit of a theatrical scream into the night. There are these moments and characters across the album – it’s quite a diss–y record, but most of the disses are inspired by insecurities. The characters are very flawed. It’s cocky but it’s really vulnerable.”

Bringing vivid colour and sharp lines to this chronicle of the midnight hours, is the richest and most expansive musical palette, Dury has yet created. Working with his regular collaborators – including backing vocalists Madeline Hart, Rose Rose Elinor Dougall and Skinny Girl Diet’s Delilah Holliday, who appeared on his 2018 collaborative B.E.D. record – plus guitarist and new musical writing partner Shaun Paterson, Dury’s long-term collaborator and friend, producer Craig Silvey (Arcade Fire, John Grant, Arctic Monkeys) has helped create a soundtrack infused with classic disco, Italian pop, ’80s hip hop beats and smart strings that give each micro-narrative a soundtrack that forms a wider mood across the album

“Musically I’ve pushed on,” suggests Dury, who having written the tracks over four months in the first half of 2019, made the record in around three weeks at London’s Hoxa studios. “I had a formula for the previous records but now that’s done now. Everything was leading up to the full sound I had on Prince Of Tears, so I don’t need to do another one of those. I’ve done something different, something new, with this one and it’s been fun – although the orchestra was fucking expensive!”

A further new sonic Dury played with on Night Chancers was his own voice. His charming yet brutal monologues have underpinned the uniqueness of the vocalist’s sound, but with different inflections and voices – veering from Dury’s usual dispassionate cool, through rage, foppish injury and twisted documentarian – the vocals on this album, while distinctively Dury, venture confidently onto new turf.

“I recorded all the vocals alone,” he explains. “It’s what I call faux Chiswick Urban. It always goes back to Chiswick because it’s a stable reference point for me. I wasn’t even brought up there but it represents the insulated safety of middle class London yet it has a sort of real undercurrent to it, it’s quite tough. So I did these faux accents on the record, inspired by about a lot of real people who I’ll never namecheck.”

One thing Night Chancers does reveal is the rawness and vulnerability required to make Dury’s up close and personal oeuvre work – his sixth studio record boasts some of his most incisive and musically dexterous songs so far.

“The only skill I’ve got is being honest,” he suggests with a brutal, er, honestly. “ I’ve got a tiny bit of melody and a lot of honesty, and the latter is really my only facet. I’m not even sure it’s a skill, it’s more like being in a freak-show. I’m honest about my successes and failures, which sometimes can sound arrogant while other times I’m alarmingly disarmingly honest.”

With his heart, soul and life poured into the fabric of these songs, as far as the listener is concerned one thing is obvious: “Baxter loves you!” (as indeed he screams himself over the smouldering, final moments on album closer Say Nothing). Now, that is the truth.