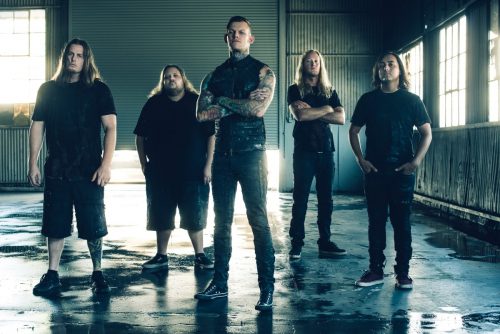 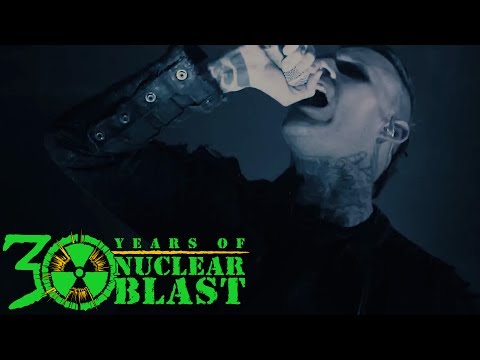 While approaching their sixth full-length album, Slow Death [Nuclear Blast], Carnifex possessed a distinct vision. The San Diego metal quintet—Scott Lewis [lead vocals], Shawn Cameron [drums], Cory Arford [rhythm guitar, backing vocals], Fred Calderon [bass], and Jordan Lockrey [lead guitar]—would build on the expansiveness of 2014’s critically acclaimed Die Without Hope as they brought a definitive darkness to the fold.
“We wanted to take the next step,” affirms Scott. “On the last album, we started utilizing orchestration and additional programming in terms of classical and electronic sounds. We elevated that to a new level here. That’s why there’s a dark vibe that runs through the whole album. It adds a layer of atmosphere that gives you a different feeling.”

Then again, Carnifex have always stood out within heavy music’s ranks. Their ability to temper darkened metal with a cinematic swell of orchestral flourishes made Die Without A Hope a fan and tastemaker favorite. The album would garner enthusiastic applause from the likes of Alternative Press, Outburn, Rock Sound, and many more in addition to bowing at #5 on Billboard’s US Hard Rock Chart—a career high for the band. As they destroyed venues alongside everyone from DevilDriver and Miss May I to Parkway Drive and Chelsea Grin, the boys began quietly amassing ideas for what would become Slow Death over the next two years.

“We really just wanted to write at our own pace and not worry about deadlines,” he admits. “We put all of that to the side and said, ‘When it’s ready, it’s ready.’ That’s what happened, and we’re really happy with the results.”

“We had time at our disposal, and we really took the opportunity to fine tune the songs,” he goes on. “We turned it up to ten on this one, collaborating with everyone to make the music the best it could be.” Now, the first single “Drown Me In Blood” begins with an ominous hum before snapping into a churning verse. Everything culminates on an invasively infectious refrain fueled by Scott’s signature growl.

“That song is basically about if you were trying to put negative emotions and depression into physical form,” the frontman explains. “In this case, the metaphor is blood. You’re overcome by all of the things you feel you can’t fight against whether they’re emotional, physical, or related to a relationship. It takes the perspective of the negativity, and then it assumes the view of the person trying to cope with that negativity.”
Elsewhere on Slow Death, “Necrotoxic” veers between sonic dread and destruction, while the acoustic “Life Fades to a Funeral” offers an entrancing reprieve amidst the chaos. The journey culminates on the final explosion of “Servants To The Horde,” which holds a special place in the musicians’ hearts.

“That one is for the fans,” smiles Scott. “We’re the servants, and they’re the horde. We’re writing our music for them and trying to give back to them what they gave to us. There’s no separation between us.”

Carnifex began carving out that bond with the audience way back in 2005. Over the course of four albums—Dead in My Arms, The Diseased and the Poisoned, Hell Chose Me, and Until I Feel Nothing—the band attracted a diehard following. Engaging a hiatus in 2012, they returned a year later with a vicious and vigorous vitality. It’s only grown since and is on full display in Slow Death.

“The title represents depression,” he leaves off. “The whole album discusses trying to let that out. If you’re feeling those feelings, I may not be able to tell you how to not fix them, but at least you have someone to commiserate with. My hope is fans can relate and connect.”