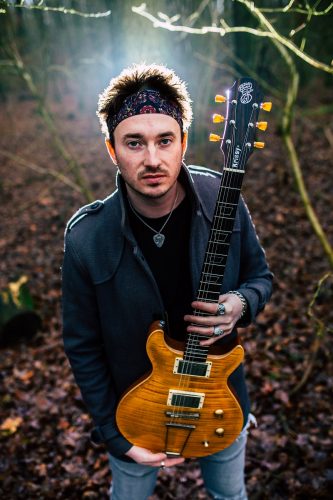 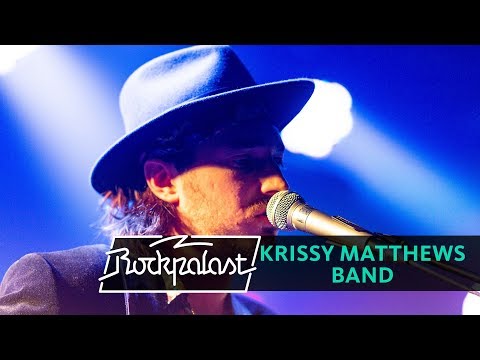 This is when the Krissy Matthews (British/Norwegian) story started…

Now 26, he has gained a reputation as being one of the most unique guitarists the 21st century has seen. Began at the age of 8. Spent 2 years learning Hank Marvin songs.

At the age of 11, discovered the blues. Summer 2004, sat in with John Mayall. The opening act was Peter Green.

July 2005, made his first studio record. This was entitled Blues Boy and released on Via Music. March 2006, was invited to meet BB King where he received advice on the industry.

May 2007, played 2 songs live with Jeff Healey. The last person to share the stage with Mr Healey in the UK. May 2008, quit school and became a full time professional musician at the age of 16.

Summer 2009, Marshall asked him to perform for a launch party at Ronnie Scott’s. An invite to record a live session for BBC Radio 2 was a result of this.

Spent the next years continuously touring. This included performing at Museumsplatz, Bonn, Germany on the bill together with Tedeschi Trucks Band and Gregg Allman. One year later, Krissy opened up for TOTO in Cologne Tanzbrunnen!

January 2013, recorded a studio album entitled “Scenes from A Moving Window”. The poet and lyricist Pete Brown (Cream) co-wrote most of the album.

He is a featured guest each night along side other great artists such as Maggie Bell, Chris Farlowe and Arthur Brown.  April 2017, released his first live album entitled „Live at Freak Valley“ to critical acclaim.

March 21, 2019, Krissy and his band performed at the legendary and famous Rockpalast Festival in Bonn, Germany. This was aired on national TV in May 2019, and will be released as a live CD/DVD package at some point in the near future.

March 22, 2019, Krissy’s latest studio album „Monster In Me“ was released worldwide via MIG Music. This was a collaboration in songwriting together with Baard Torstensen (Clawfinger) and again Pete Brown. It has had tremendous reviews and feedback. The best album to date Krissy has made by far.

In amongst all this, Krissy has paid his dues performing over 1000 concerts in many countries including U.K, Scandinavia, Benelux, Eastern Europe, Germany, Italy, France, Portugal, Spain, Switzerland and China.

He has shared the stage with artists such as Toto, Gregg Allman, Tedeschi Trucks Band, Joe Satriani, Clawfinger, Los Lobos and Joe Bonamassa.

Continues to share touring duties between Hamburg Blues Band and his solo career.