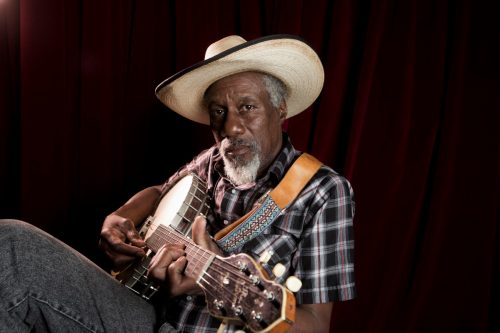 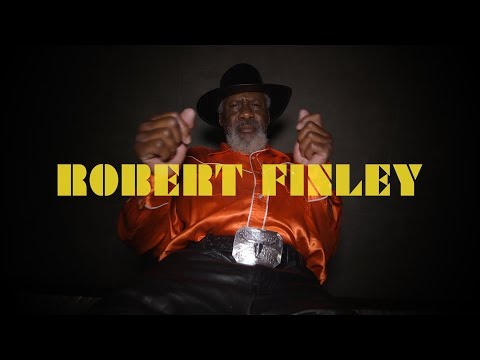 The singer lives in the tiny, forgotten town of Bernice, Louisiana, right near the Arkansas line, but in his younger days his music took him all over the world. Joining the Army as a teenager, Finley was sent to Europe as a helicopter technician but found more appealing work as the leader of the Army band, and toured the continent many times over on guitar and vocals.
Following his rambling military service, he learned the trade of carpentry and settled back home in the States. He leaned on his gospel and blues songs for a hobby rather than career, and mostly confined his artistry to the streets of the South. But now, in the true spirit of the American Dream, Finley’s music is once again primed to reach doors and shores at home and abroad, as his new LP Goin’ Platinum! is set to be released through Dan Auerbach’s Easy Eye Sound this fall.

Finley, who has lost most of his eyesight and was recently forced to retire from carpentry, is a self-taught musician who started writing his own songs at age ten. Learning to play by ear, he developed a unique personal style that continues to serve him well today. “When you train yourself by ear you don’t always get the chords as perfect as they should be—and sometimes you stumble upon a better chord,” he says. “It really is a never-ending process; I’m constantly learning, and there’s always room for improvement. I’ve been playing for about fifty-two years; if you’re satisfied with everything you do, that don’t leave no room to grow. But the main thing, I got a great team putting this stuff together. God blessed me with the voice, but the connections are getting me in the right place at the right time in front of the right people, so I can display what I got.”