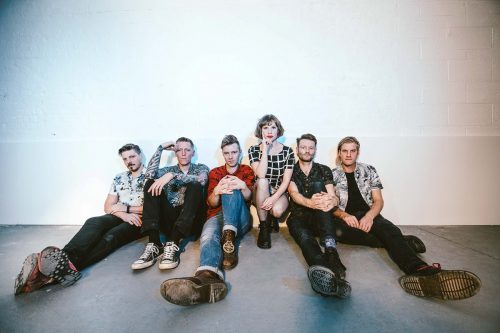 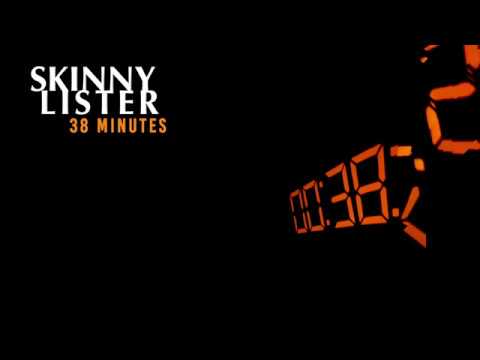 As music fans we’re only ever given fragments of lives well lived, and we scrabble vicariously through them. Skinny Lister, though, have really given us as much as they can since 2009, passing the growing flagon of their experiences with every album and tour. They’ve led an endless parade gathering fans old and new, from the respected folk circuit to the riotous Download Festival, igniting pogoing mosh-pits at each. Over the past ten years they’ve travelled from rain-soaked London to the vast arteries of the USA, upgrading from narrow boat to Salty Dog Cruise, played huge tours across Europe and North America with Frank Turner, Dropkick Murphys and Flogging Molly as well as headlining themselves across festivals, sweatboxes and ever-larger venues.

After three albums taking confident steps into an ever larger world, their fourth offering, The Story Is… (produced and mixed by Barny Barnicott – Arctic Monkeys, The Enemy, The Temper Trap) takes the tales of the everyday, the minutiae of our lives, and turns them into potent pop that rings oh so true.

“The stories have been getting more and more personal as the albums have gone on,” says Daniel Heptinstall (vocals, guitar, lead songwriter) “It always helps when you sing a song for it to have some truth. They’re the words that get sung back to us the loudest.” This sentiment is running through the latest album like diesel. Lorna sings on the hyped-up ‘My Life, My Architecture’ that “all this is my achievement, all cracks have life in between them, I live this adventure”. Dan even sings about “turning blood into diamonds”, crafting his own happenings into the last few years of classic Skinny Lister songs on ‘Any Resemblance To Actual Persons, Living Or Dead, Is Purely Coincidental’. Using storytelling truths, Skinny Lister’s anthology of experiences is being told and retold every night, with every spin of a record or stream of a song. Their world expands as their songs are shared.

The Story Is… finds fables in vastly contrasting true stories. Of an arsonist setting fire to the flat below Dan’s (‘Artist Arsonist’), of the sheer annoyance felt when accidentally filling a diesel van with unleaded (‘Diesel Vehicle’) – both songs laced with insight into everyone’s feelings. Even when the songs are outside of the band’s personal experience, they are still inspired by close connections. ‘38 Minutes’ came from a friend’s Facebook post about receiving the Hawaiian ballistic missile alert in early 2018, while ‘Stop & Breathe’ is a plea to everyone to take time out when they can, based on a good friend talking after a friend sadly departed due to suicide.

Musically, the band has also scoured volumes of texture and tone. Though songs like ‘Rattle & Roar’ and ‘Sometimes So It Goes’ will be familiar to anyone who’s loved the band’s three previous albums, Forge & Flagon, Down on Deptford Broadway and The Devil, the Heart & the Fight, the band has explored a lexicon of their tastes. ‘The Shining’ takes on Blondie’s new wave disco, giving Lorna Thomas (vocals) the spotlight. Lorna takes the reins on two of the most energising songs – ‘My Life, My Architecture’ and ‘My Distraction’ – and brings her unmistakable vitality to the album. ‘38 Minutes’ spins like a top with the urgency of an impending doom, backing ‘ooohs’ like sirens, and an electric pace as if they’re outrunning the clock. They’ve turned every melodic instinct up and, along with the hooks and lyrical reality Dan has drawn, it’s a deep dip into the encyclopaedic sound of which the band are capable.

“The first album was very rooted in the folk tradition,” says Dan. “But when we wrote Down on Deptford Broadway, we were doing songs like ‘Trouble on Oxford Street’ and ‘Cathy’ and we felt at the time we were straying too far from our folk roots. Now at a show they’re some of the highlights of a set”. In that vein, the new songs move even further away from their folk origins while crossing into new territory for the band. But you will be bouncing to the spring loaded ‘My Distraction’, clapping along with the Jam-like ‘Cause for Chorus’ or skanking to the ska-jangle of ‘Second Amendment’ by the next time you see them – they are potent bursts of melodic adrenaline.

And so the torrent of touring continues for Skinny Lister in 2019, leading cross-continental parties of willing devotees, audiences getting larger as people from all walks of life and several generations – young and old, children and parents – sing, dance and cheer. These songs, stories and passionate live performances, charm and thrill a huge spectrum of gig-goers from the folk aficionado and the indie experts to the riff-addled metal fans and the furious punk kids.

The Story Is… this time, that Skinny Lister are opening their lives up more than ever before, allowing us all in and giving everyone a space to express sheer joy, relate hard to the lines that strike a chord in us, and throw ourselves into living with abandon and hope, with happiness and excitement, with stories enough to fill several lifetimes.