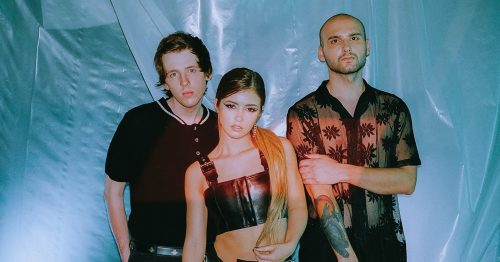 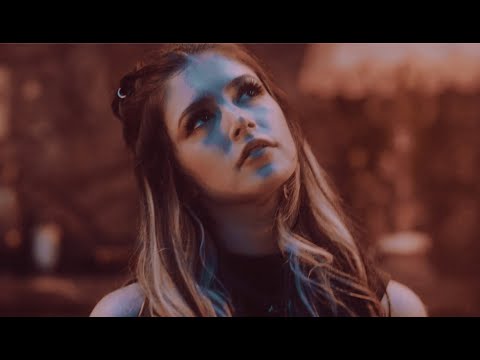 By turning inward, Against The Current conjure the purest manifestation of their sound, balancing the tension of gloriously anxious guitars, propulsive beats, and soaring vocals. The trio—Chrissy Costanza [vocals], Dan Gow [guitar], and Will Ferri [drums]—fearlessly face flaws head-on, alchemizing insecurities, doubts, and personal struggles into anthems meant to empower. Notching nearly 1 billion streams and selling out shows on multiple continents, they unabashedly and unapologetically lean into rock as a vehicle for raw catharsis on their 2021 fever EP [Fueled By Ramen].

“A fever is when your body heats up to get rid of an infection,” observes Chrissy. “At the time, we were heating up. There was a lot of stress and tension. The past year actually ended up burning out the infection. We had the answers inside; we just had to look for them. First, we learned how to trust ourselves. We’ve been in this band together since we were 15-years-old. We’ve toured the world, and a lot of our success has come from the three of us. We started to acknowledge that. By getting rid of everything wrong, we burned down the old Against The Current and recreated our vision of Against The Current. At the same time, we jumped into the deep end and went straight back to rock. It was all or nothing.”

Rebirth came instinctively for the group. Since 2011, they’d emerged as a fiery force. Between the critically acclaimed In Our Bones [2016] and Past Lives [2018], Against The Current teamed up with League of Legends for “Legends Never Die,” clocking more than 500 million streams as the theme for the 2017 League of Legends World Championship. Following an emotional 2019 gig in London, the band returned home and recorded with producer Matt Squire [Panic! At The Disco, Ariana Grande, All Time Low]. After initial sessions in person, the musicians switched to Zoom at the onset of the global pandemic with Chrissy in Los Angeles and Dan and Will in Orlando.

Together, Against The Current made a collective decision.

“Past Lives has a lot of great songs, but it was a little more dressed up,” states Will. “This was really just the three of us and Matt. We learned more about ourselves and the direction we wanted to go in.”

“When we started, we were listening to a lot of the artists we grew up on like Taking Back Sunday, blink-182, and Green Day,” adds Dan. “It felt pretty natural for us to go this way.”

Closing out the year, they returned with “that won’t save us,” racking up millions of streams right out of the gate and earning acclaim from FLOOD Magazine and Billboard. Kicking off 2021, “weapon” received praise from Dork, Upset Magazine, and more. Rock Sound hailed the track as “absolutely massive,” and Alternative Press promised, “Against The Current are ready to make a fiery and fierce comeback.” Co-written with Justin Courtney Pierre of Motion City Soundtrack, Sam DeRosa, and Jon Lundin, the follow-up “again&again” [feat. guardin] only maintained their momentum as it threaded together an overarching narrative hinted at by the preceding music videos.

“For the first time, we connected all of the visuals with these strong motifs such as the door, the fire, and the key,” Chrissy continues. “We worked with the same creative director Jade Ehlers on everything, and we’d never done that before. We realized these ideas applied and carried over to the rest of the EP. It was really about seeing the answers in your own reflection.”

Elsewhere on fever, the single “jump” glides back and forth on a hummable clean guitar riff before snapping into a sweeping chorus as she urges, “Don’t be afraid of wanting something more. Just jump.”

“In a lot of ways, I wrote it to give myself the advice I needed to hear,” Chrissy admits. “At the end of 2019, I had a lot of fear going forward. We didn’t have a manager for six months, and I was self-managing the band. I was nervous that I was going to do the wrong thing for the band. Creatively, we were going back into the rock vibe again. Personally, I moved to Los Angeles mid-pandemic with very little notice. I took two suitcases and left. I needed to just take the risk and jump. The chorus is my internal monologue. I’m screaming at myself. At some point in our lives, we all need to hear that. Things don’t just fall into your lap. You have to chase them.”

In the end, Against The Current did just that on fever.

“When you hear this, we hope it’s familiar, but fresh and exciting at the same time,” Will concludes. “We took everything we learned and put it to use to hopefully give audiences something different they’re not getting anywhere else.”

“In some ways, this is a debut,” Chrissy leaves off. “We have so many inspirations from the past, but we merged those with what currently inspires us to create something new. We finally figured it out. You can burn down the past version of yourself and become who you think you are now. This is undeniably Against The Current.”