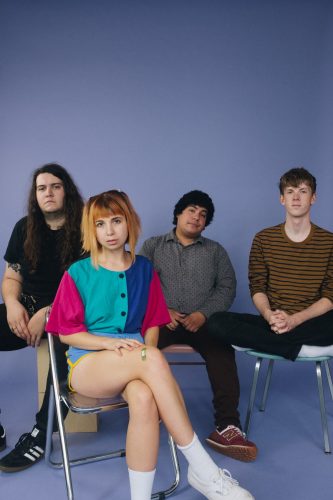 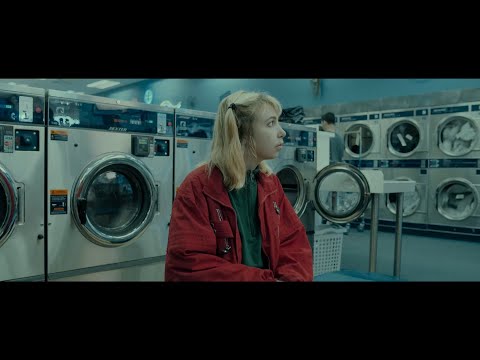 Few artists can pinpoint an emotion as clearly and honestly as Beach Bunny’s Lili Trifilio. The Chicago artist writes songs about love and sadness that are so immediate it’s pretty much
universal. On Honeymoon , the excellent debut album from Trifilio’s songwriting project and band, it’s as if she’s singing about things everyone has felt before but never had the courage to put in words themselves. When she sings, „Part of me still wants you, part of me wants to fall asleep“ on the anthemic opener „Promises,“ it’s vulnerable but it’s also defiant and wholly relatable.

Beach Bunny started in 2015 as a solo outlet for Trifilio to process her feelings about a budding relationship. Her early recordings were spare, lo-fi and home-recorded, delicately tackling heartbreak and loss across EPs like 2015’s Animalism , 2016’s Pool Party , and 2017’s Crybaby . „When I started writing, I just needed to get out what I was feeling somehow. It was definitely a
very therapeutic process,“ says Trifilio. Her performances at countless house shows and venues around the city quickly earned her music a fervent local audience.

In 2017, the project became a full band with Matt Henkels (guitar), Anthony Vaccaro (bass) and Jonathan Alvarado (drums) joining on. With 2018 single „Sports“ and their breakout 2018 EP
Prom Queen , Beach Bunny is now one of Chicago’s most exciting indie rock bands. Their infectious and muscular new musical palate perfectly translated to a raucous, sing-along heavy live show. Though Trifilio’s songwriting remained just as resonant and intimate as her earliest efforts, having her self-described „family unit“ backing her has brought a new vitality to these songs. Tracks like „Prom Queen“ have earned them millions of streams and their obvious onstage chemistry charmed on tours with bands like PUP and Remo Drive.

Honeymoon is the stunning culmination of Trifilio’s evolution as a songwriter and artist. Recorded at the iconic Chicago studio Electrical Audio with producer Joe Reinhart (Hop Along,
Algernon Caldwaller), the nine songs on the LP burst with energy. „Joe really pushed us to experiment. With our older songs, our setup was really bare bones. But here we decided to really play around, winging harmonies and trying out so many guitar tones,“ says Trifilio. Take a song like the wiry and driving „Colorblind,“ which boasts one of the biggest choruses the band’s
ever tackled. The record captures the life-affirming and communal intensity of their live show. „My goal going into this album was touch upon all the themes someone might go through when
exiting the honeymoon stage of a relationship,“ says Trifilio. She adds, „If you heard it, you could think that this is a breakup album but it’s really focusing on those times where you’re just not really sure where the relationship is headed and things are getting kind of shaky.“ This is an LP for the comedown after a whirlwind fling, where doubt and confusion sets in and big
breakup-or-don’t decisions have to be made. When she sings on the rocker „Ms. California,“I need to let go of everything / It’s getting hard to fight the feeling“ she captures the insecurity
perfectly. Honeymoon shows that it can be an uncertain and scary time but it can also be thrilling to commit to love.

This excitement really hits on the swooning lead single „Dream Boy.“ Possibly the most upbeat number in Beach Bunny’s entire catalog, Trifilio’s lyrics match the song’s winking positivity with
lines like, „If you’re gonna love me make sure that you do it right / I’ll be under your window in the moonlight.“ She says of the track, „This was one of the earlier songs I wrote in the album that came so easily. I wrote it in an hour. It touches on being in love with someone but sometimes they irritate you.“ The timeless closer „Cloud Nine“ is even more optimistic, full of jangly riffs and blasting power chords. She sings, „But when he loves me I feel like I’m floating / When he calls me pretty I feel like somebody.“ It’s easy to find the good even when things are tough.

Unlike Beach Bunny’s self-released EPs which were largely written in a single month, Honeymoon came about patiently, over the course of nine months. The result is a more confident and clear-eyed band, one that still can hone in so vividly on the ups-and-downs of being in love. Says Trifilio, „As a band, after taking our time we got tighter as friends and musicians. We’ve learned how to jam more and just be ourselves.“