BIRDS ON A WIRE 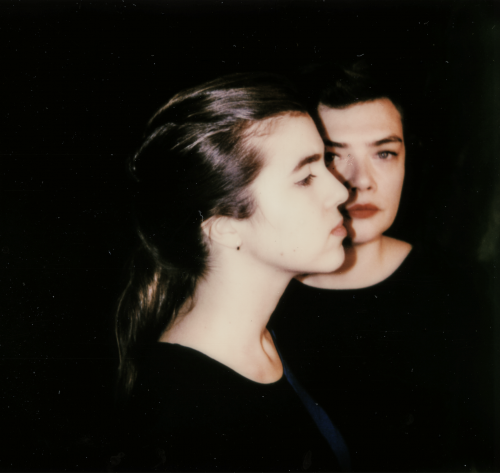 In the first place there was the singing.

It is with these words of a biblical simplicity that the genesis of Birds On a Wire, the project of

Rosemary Standley and Dom La Nena, could be told. Singing as a source and a horizon, as an

anchor and a way out, singing in its widest and slightest folds… Such could be the founding terms

of this duo, experts in all-round cover versions, born in 2012 on the initiative of Sonia Bester,

alias Madamelune, while Rosemary Standley wanted to open a new path, at the crossroads of the

flamboyant career accomplished for a good decade with the group Moriarty.

Before reaching the high mountain tops of Moriarty, Rosemary Standley climbed the lush side

of American folk, following in the footsteps of her musician father Wayne Standley and the

rough but no less fertile side of lyrical singing, which she learned at the Paris Conservatoire.

For the past ten years, far from conforming to the monomaniacal imperative of her sole career

with Moriarty, she has been constantly opening up new avenues of research and varying her

pleasures, whether it be by strolling at the junctions with musical theatre (Private Domain, a

creation by Laurence Equilbey, A Queen of Heart by Juliette Deschamps, Love I Obey with

Bruno Helstroffer’s Band On a dit dit on fait un spectacle by Sonia Bester, Alice vs. Lewis by

Masha Makaieff…) or by making beautiful escapes that open up new musical perspectives.

On her side, Dom La Nena, split between her native Brazil, Buenos Aires where she spent her

adolescence and perfected her playing as a cellist, and Paris where she finally embraced the

profession of musician, has also travelled through several worlds to better develop her own. She

trained in the requirements of classical music before putting her bow, her strings and her allround

musicality at the service of pop and pop stars such as Jane Birkin, Jeanne Moreau,

signed the album Ela, soon to be followed in 2015 by Soyo: two sensitive manifestos in favour

of a song which, by shaping itself in the crucible of an unattached life, seems to have both

cleaned itself up and freed itself from many codes.

It is not only their voices that Rosemary and Dom interweave: it is also the vibrant flow of their

memories. Lively and vital memories that are constantly regenerated and reshaped by the pleasure

of playing, inventing and sharing that has characterized them since their meeting. These two

partners in escape succeed each time in capturing this native emotion, this first spell, this initial

spark that, one day of grace, awakened them and married them to music for life.

The show and the new album Ramages are the proof that our two birds, wherever they are – on a

wire, in the trees, on the ground – draw with their song a language without borders, of a universal