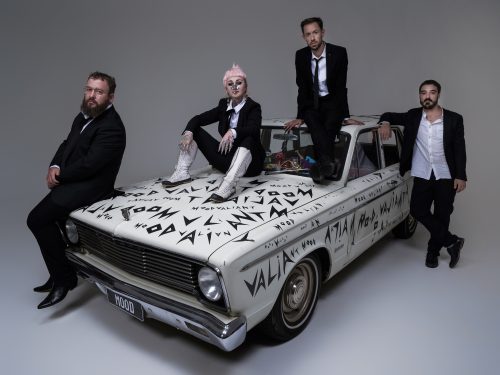 And We Go Gentle Tour
Website Am Event teilnehmen 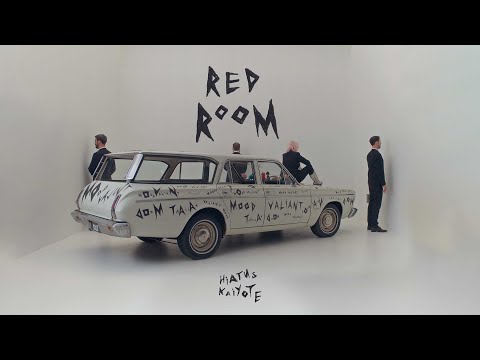 2021 with their new album Mood Valiant, on Brainfeeder Records/Ninja Tune.

(keys), and Perrin Moss (drums), Hiatus Kaiyote broke internationally in 2012 with their first

LP, Tawk Tomahawk, which was praised by simpatico musical travelers from Erykah Badu to

Questlove to Prince, and embraced by DJs like the BBC’s Gilles Peterson, DJ Jazzy Jeff and

nomination, for their song “Nakamarra,” was followed by a second for “Breathing

Underwater,” from their sophomore album, 2015’s Choose Your Weapon. Still, their music

defied categorization: Some called it “neo-soul,” others “future soul”; the band calls it,

simply, wondercore. Their music found fans in hip-hop, sampled on songs by The Carters

whom Nai Palm collaborated on his Scorpion album; and in jazz, when Robert Glasper

invited the band to appear on his album of Miles Davis remakes, Everything’s Beautiful.

Their records and live shows won them raves in The Guardian, Rolling Stone, and in the New

That spirit of blending began with Nai, growing up in her mother Suzie Ashman’s Melbourne

home, vibrating with the sounds of Motown and flamenco, African music and hip-hop. After

her mother died of breast cancer, the 11-year-old Nai went to live with a foster family high in

the Australian Alps. By the time the adolescent Nai found her way back to Melbourne, she

had acquired three things: an abiding, spiritual connection to the land; an uncanny, self-taught

mastery of two instruments, the guitar and her own voice; and the ability to write songs that

were as complex as her influences. That’s what struck Paul Bender, a multi-instrumentalist

from Tasmania who’d studied music at the University of Miami, who saw Nai playing at a

bar and offered to put a band together for her.

It would be a year before Bender and Nai began working together, in 2011. Early on, they

invited two other musicians to play with them — drummer Perrin Moss, self-taught like Nai;

and keyboardist Simon Mavin, like Bender, a university-trained professional of ample chops.

The chemistry instantly yielded a solid unit. The four began recording their first album in

Mavin and Moss’s “share house” on Clarke Street in Melbourne’s Northcote suburb, and

Hiatus Kaiyote quickly developed a following on the local scene. A gig opening for Taylor

McFerrin made the headliner an instant fan, and the American artist spread the Hiatus gospel

to tastemakers around the world, triggering the series of events that would lead to their first

two full-length releases, which transformed them from a local band into a global touring act.

Japan, from rocking the Roots Picnic to selling out the Sydney Opera House — the band took

Needle Paw, while her bandmates crafted their own projects: Bender’s Pet Sounds-inspired

The Sweet Enoughs; Perrin’s travelogue of his multi-instrumental self-education, Clever

Austin; Simon’s collaboration with Aussie soul outfit, The Putbacks; and the boys’

By October 2018, recording for Mood Valiant was already well underway, and backing tracks

were largely in place, ready for Nai’s vocals. Then, during a brief swing through the U.S.,

Hiatus’s frontwoman was diagnosed with breast cancer. Her mother’s death from the same

disease was never far from her mind: “I became so acutely aware of my mortality.” Nai

rushed back to Australia and into the hospital, where she underwent a life-saving

mastectomy. Bender was there when Nai was wheeled to her room after surgery. “She came

and be so triumphant, vibrant, present, grateful. She was alive. It reframes what things you

should put your energy into: Let’s just all be alive.”

As Nai recovered, the band turned back to their work with altered perspectives. Her lyrics,

even those written before her illness, took on a prescient quality. Then a trip to Rio de Janiero

entire album. “We had recorded the song ‘Get Sun,’ and it already sounded good,” says

Bender. “We had no idea what he had written for it.” When Verocai fired up his horn and

string sections, it was a release for everyone. “Tears were running down my face,” Bender

“Verocai is such a lovely man,” Perrin says. “The engineer never stopped smiling, the set-up

was beautiful, so after Arthur finished, we asked if we could use the studio for the rest of the

tracked an epic ballad, “Stone or Lavender,” while Bender and Perrin banged out a bass and

The result is an album, bookended by Verocai’s strings, that relaxes into a groove: sunlit,

beguiling, masterful. Behind everything is Hiatus’ familiar sense of musical adventure, their

knack for making the complex sound simple: Simon’s experiment with an odd rhythm in

single notes, back and forth, to make a melody becomes “All The Words We Don’t Say.”

(they lock tails and dance).

to happen.” says Simon. “Sparkle Tape Break Up” started with Simon’s idea for a crazy

layer-cake of synth sounds; though Nai wrote the lyrics, they resonated deeply with Bender

who championed it when it came time to decide which songs made the lineup. The album

ends with the delicate “Blood and Marrow,” a Bender bassline to which Nai and Perrin

improvised, that Simon pegs as his favorite: “It’s a classic Hiatus studio song that’s got

beautiful exploration and mystery.” For Nai, the lightness of the track was a foil for her grief:

“This was post-surgery. I lost my breast. Four months later I lost my parrot, Charlie, who was

like my bird-child. Losing Charlie, I grieved him more than I grieved losing my titty. Before

he died, we were watching all the Disney films together, so that’s the reason the song has this

The irony of the completion of Mood Valiant was that it coincided with another health crisis,

the COVID pandemic. In the Great Pause, the band found more time to tweak, and more time

to create. The ups and downs, the starts and stops of the process, inform the very name of the

album, for which Nai evoked, again, the spirit of Suzie Ashman: “My mother had two Valiant

station wagons, iconic, vintage Aussie cars,” Nai says. “One was white and one was black.

And depending on what mood she was in, she would drive one or the other. She was a single

mother with six kids: If she drove the black one, you knew not to fuck with her.”

“The title of the album really encapsulates the whole spectrum of the journey,” Bender adds.

“Everyone’s been through some big challenges. I feel like we charged through the mud to get

this thing done. And there’s just this valiant, victorious feeling, coming out of storm into calm

waters. The sun is shining, we see the shore. We did that! I feel proud of the way this sounds,

the emotional depth of it. And I hope that it brings people some sort of comfort in this hard

For Bender, the act of making the album brought him solace, too, and clarity about the nature

of friendship: “At the end of the day, who was there for me? The band. They’re my homies.”

“When you think your life is going to be taken away from you, it makes you think about who

you are,” Nai says. “I guess after the breast cancer scare I decided that I needed to prove to

life that the offering I have is genuine. My only wish is to live and offer my experience of

Mood Valiant is an act of love, of courage, of altered perspective, of sister-and-brotherhood.