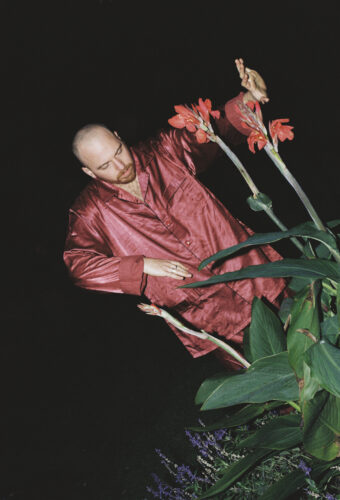 Australia-born songwriter, vocalist and producer JAMES CHATBURN settled in Berlin in 2015 and began carving out a niche in the world of independent music. Having first made a name for himself in the modern soul scene, CHATBURN honed and matured his sound to encompass a fresh direction, embracing psychedelia and nostalgia into his songwriting and production. He has since become renowned for his soulful, heartfelt voice and world-class production talent. Bringing his diverse musical education and influences to the forefront, CHATBURN shared the release of his first two EPs, “001″ and “Damen”, collecting over 5 million streams. Additionally, he has released numerous vocal and production collaborations with artists including Jordan Rakei, Rum.Gold, Noah Slee, Sedric Perry, Hilltop Hoods on their Certified Gold single, “Higher”, as well as releasing on global tastemaker labels Soulection and Majestic Casual. In 2020, his journey cultivated in the two-part release of his debut LP, “Faible (Teil 1 & 2)”, which led to signing with BMG and Believe.

2021 has seen JAMES CHATBURN transform from an artist best known for his mesmerising voice to an in-demand producer, working with musicians across the globe. He now prepares for the release of his most defining record to date, his sophomore LP, “Late Night Howling”, inspired by artists like Cleo Sol, Frank Ocean, Childish Gambino and Tyler, The Creator “Late Night Howling” represents CHATBURN letting go of engrained ideals that he has faced both musically and as a modern man. While remaining truthful and honest with his production references from 70’s soul music to modern hip hop, a will to align his musical output with how he lives and the things which influence him in day-to-day life led to collaborations with a talented selection of musicians and visual artists to create the record.