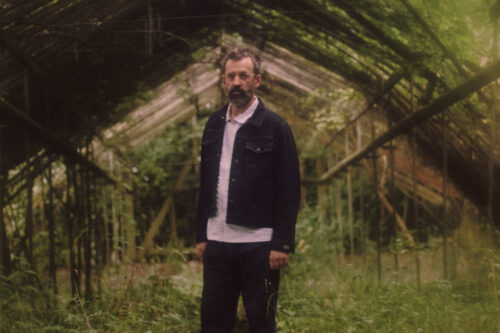 “Memories are bittersweet. Like a battery, they come with a positive and a negative” says pianist, composer and producer Neil Cowley on the inspiration behind his second solo album ‘Battery Life’, set for release on 24th March 2023. “A happy memory is a positive moment of warm recollection” Cowley explains further, “followed closely by the negative of an insatiable yearning for something you can never experience in person again. A bad memory, while in itself a negative feeling, at least comes with the positive advantage of being some distance from the present. ‘Battery Life’ is an album of abstract memories and stolen excerpts. It is my perception of the past before the detail is filled in. Blurred pictures, strange details, a feeling, a smell and above all the freedom to redefine the past at my whim. In an age where we are able to archive virtually any amount of life experience at the press of a button, it calls into question the value of a memory.”

Building on techniques he employed on his critically acclaimed solo debut album ‘Hall of Mirrors’, Cowley reignites his lifelong love affair with the piano before applying production expertise that incorporates elements from electronic, ambient and neo-classical music. “There’s this underpinning of acoustic piano at the centre, because that always represents the human in everything I do” he says, “but for each track I try to create an orchestral cloud around me, an electronic pallet of emotions that the piano longs to express”. He mentions an old musician’s adage which decrees you should never buy a new bit of gear until you’ve worked out what your old bit of gear does. “I defy that law endlessly,” he says, before listing the vintage synths, pedals and drum machines in his increasingly busy music room. He even bought some stuff from an auction of old instruments once played by Genesis, including a vintage Yamaha CS-80 synth, some of which can be heard on the album.

While writing ‘Battery Life’, Cowley became preoccupied with a deeply puzzling and personal dilemma. When his mother passed away a decade ago she left dozens of handwritten diaries from the last 20 years of her life. Since then, and especially in the past few years, Cowley has wrestled with the possibility of reading them. Their relationship was extremely close — a single mum and an only child — and he knows that his mother’s words may reveal more about him than he could ever imagine. Mulling over the intimate reflections of self that could lie within the diaries, Cowley
recognised a parallel with our daily self-projections on social media — “a detailed archivewith little room for reinterpretation and the removal of any potential redefining of oneself”.

Naming track one of ‘Battery Life’ ‘I Must Be Liked’, Cowley meditated on both his own need for approval and that of the millions of us who post to Twitter and Instagram every day. Even the album’s title is a comment on how closely our own social batteries are linked to those of our phones and laptops. But he’s wary of didacticism and — as ever — leaves the rest open to his listener’s interpretation. Following a period of self reflection, Cowley released his debut solo album ‘Hall of Mirrors’ in March 2021. A highly personal account of his relationship with his old friend the piano, this new direction incorporated electronic, ambient and neo-classical production. And received an incredibly positive critical reaction, with rave reviews from the music press and strong radio support on shows across BBC 6 Music, Radio 1, Radio 2 and Radio 3. Returning to the stage, 2021 ended with two dates at Purcell Room, The Southbank Centre and shows in Belgium, Germany, Ireland and The Netherlands. A full UK and mainland Europe tour is scheduled for spring 2023.