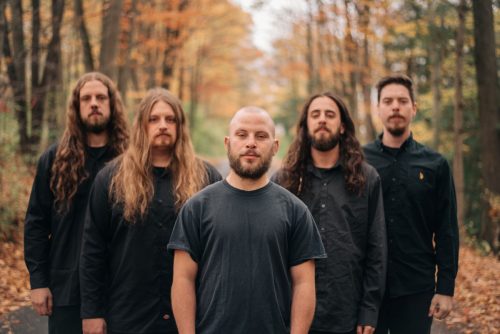 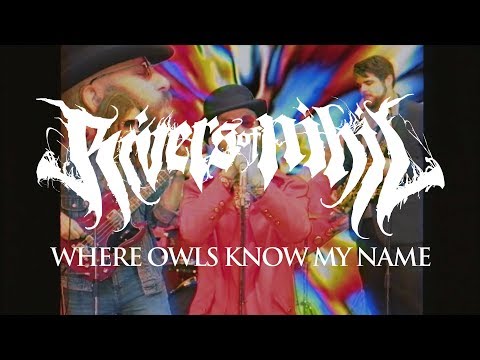 By popular demand, Rivers of Nihil have decided to bring their Where Owls Know My Name tour – on which they’re performing their critically acclaimed, universally lauded 2018 album in its entirety from start to finish every night – to the European continent and the U.K.! Following a European tour opening for Revocation in autumn 2018, and a headline run of the United States in early 2019 that saw the band performing the whole album and selling out several shows, Rivers of Nihil will be giving European and U.K. fans what they’ve been demanding with a full performance of Where Owls Know My Name each night. Don’t miss this very special opportunity to witness the critically acclaimed album performed live as it was meant to be heard.

Forget everything you think you know about Rivers of Nihil. The Reading, PA quintet announced themselves as one of the most promising and forward-thinking metal bands in the world today with their first two releases, The Conscious Seed of Light (2013) and Monarchy (2015). But on March 16th, 2018, they will shatter all expectations with their third full-length, Where Owls Know My Name.

Whereas Seed and Monarchy were thematically centered around spring and summer, respectively, Where Owls Know My Name represents the fall. And although that season is usually associated with death, for Rivers of Nihil, the autumn serves as a rebirth. Formed in 2009 by guitarist Brody Uttley, bassist/lyricist Adam Biggs, and vocalist Jake Dieffenbach, Rivers of Nihil quickly made a name for themselves in the death metal scene, attracting the attention of legendary DM titan Erik Rutan. Rutan, revered for his work as both a musician (Hate Eternal, Morbid Angel) and producer (Cannibal Corpse, Goatwhore), insisted on recording The Conscious Seed of Light. The results were, unsurprisingly, spectacular, with Heavy Blog Is Heavy going so far as to assert that the debut „rivals even the most legendary work of some of [Rivers of Nihil’s] peers and influences.“ They continued along this trajectory with Monarchy, which Metal Injection praised as an „incredibly striking“ demonstration of how „Rivers of Nihil have evolved into a monster.“

The group further cemented their reputation as a young band to watch by annihilating audiences with their live show, which Metal Wani called „a mind numbing force of modern death metal with a vivid darkness in the sound.“ To date, Rivers of Nihil have toured with such heavy hitters as Whitechapel, Obituary, Darkest Hour, Misery Index, and Cryptopsy.

But Where Owls Know My Name represents a massive evolutionary leap for Rivers of Nihil, as different from its predecessors as Homo sapiens are from amoeba. The band – now rounded out by guitarist Jon Topore and drummer Jared Klein – has delivered an album which is often just as punishing as its predecessors while assimilating ingredients from musical genres as varied as electronica, jazz, alternative, folk, and the golden age of Shrapnel Records. The resulting music is indescribably progressive, a multifaceted soundscape that goes beyond the wildest dreams of even the group’s most ardent admirers. All bets are off; listeners are simply not prepared for the magnum opus that is Where Owls Know My Name.

Says Brody Uttley of the offering:

„This record is Rivers of Nihil being exactly who we want to be. Many bands get stuck in a comfortable routine of releasing the same album over and over again. Constantly relying on the same familiar formula may work for some bands, but it does not work for us. Music is art, and art is ever-changing. Without change, there is no progress. Without progress, the very fire that powers art and expression will die. This record is the sound of where we come from, where we are, and where we are going.“

„This time around, the lyrics feel a little more personal than on previous albums. The story picks up several millennia after the events of ‚Monarchy‘, where one person still remains alive, chosen by the planet to be the sole intelligent witness of its ultimate fate. But ‚Where Owls Know My Name‘ is less about overarching narrative than our previous albums. The scenario is just a backdrop for the more emotional material we tried to put forth this time around. Ultimately, this is an album about loss, getting older, and reaching a point where death becomes a much more present part of your life.“

Where Owls Know My Name reunites Rivers of Nihil with Monarchy producer Carson Slovak, known for his work with a diverse array of bands, ranging from August Burns Red to The Last Ten Seconds of Life to Candlebox. It was recorded in 2017 at Pennsylvania’s Atrium Audio, the studio Slovak co-founded with Grant McFarland (Texas in July, Everclear) a decade ago.

Also reuniting with Rivers of Nihil once again is Dan Seagrave, the storied artist behind such celebrated album covers as Entombed’s Left Hand Path and Suffocation’s Effigy of the Forgotten. For Where Owls Know My Name, Seagrave has provided a characteristically stunning illustration. Painted entirely in rich earth tones, the cover anthropomorphizes our planet as a morose old man forever intertwined with a desolate landscape and imposing sky, the line between humanity and its home forever blurred. The existential angst of Seagrave’s piece once again serves as a perfect mirror for Rivers of Nihil’s music.