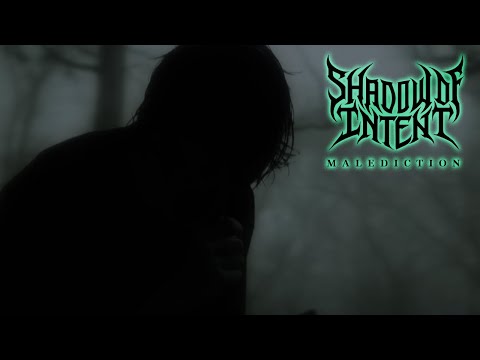 Shadow of Intent was formed in 2014 as an internet-based project between vocalist Ben Duerr and instrumentalist Chris Wiseman. The band released their first EP called „Inferi Sententia“ on July 18, 2014 and continued writing more music for the album that would be called „Primordial“.

In 2015 the band started releasing more songs and followed up with full length album „Primordial“ on January 10, 2016 which rapidly started gaining traction on the internet. Over the next year the album „Reclaimer“ was written and the lineup changed gears adding members to perform in the music videos and eventually live shows.

The second studio album „Reclaimer“ was released independently in 2017, and to this day has amassed over ten million streams. The band then announced its debut performance which would sell out the Webster Underground in Hartford, CT. Shortly after, the band started going out on national tours with metal acts such as The Black Dahlia Murder, Whitechapel, Carnifex, Despised Icon, Oceano and Fleshgod Apocalypse. The band’s latest album „Melancholy“ was released in 2019, allowing the band to continue growing into a national headlining act, self-managed and independent from a label, represented by agent Nick Storch of Artist Group International and Maarten Janssen of Avocado Booking.