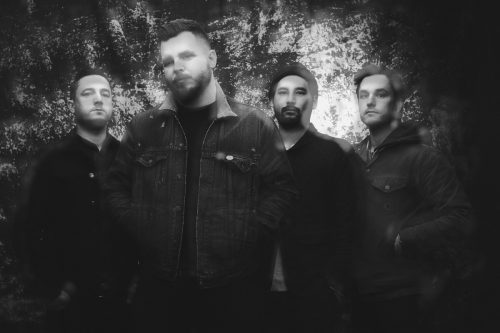 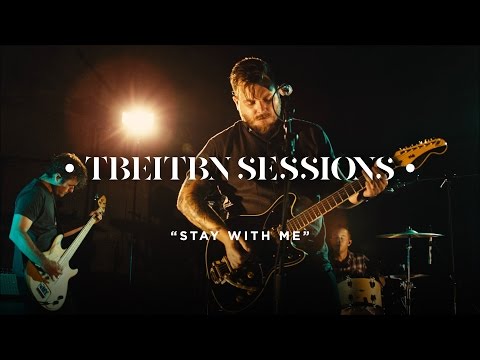 When a band announces a hiatus, the news is generally met with a sigh from the fans and the sinking feeling that this is it; it’s all over. Perhaps the next time you see your favorite band will be years later during the now inevitable nostalgia tour cash-in. No new tunes, passion wrung dry. But back in 2012 when Thrice pressed pause on their collective career there was little doubt in singer Dustin Kensrue’s mind that this was the respite he needed personally, and that this would mean the band could eventually continue creatively. By this stage the quartet, who formed in Orange County, California back in 1998, were in a very different place to when they were kids in high school bonding over skateboarding and punk rock.

“My third daughter was on the way and I was really feeling like my family needed some time away from the kind of touring we were doing,” explains Dustin. “On top of that we had been touring, writing, recording; touring, writing, recording, non-stop, for 14 years or so, and I wanted a break from that and the space and time to pursue other things.”
So after eight albums including their emotionally resonate, pulverizing breakout third record, The Artist in the Ambulance, and the 2007/8’s ambitious duo of concept LPs, The Alchemy Index: Fire and Water and Earth and Air, Dustin called curtains, but no one in Thrice felt blindsided. It was during Major/Minor that the first suggestion of a break began to filter through, then came a heartfelt letter from the singer explaining his reasoning, and in turn the guys adhered to their unspoken pact: if one of them wasn’t in, none of them were. There would not, and could not, be any replacements.

“Thrice is the four of us, and if we’re not all into it, there’s really no point in doing it,” explains drummer Riley Breckenridge. “Even so, when we stopped doing stuff, it was tough.”

Apart from focusing on fatherhood, Dustin, who at this point was living up in the Pacific Northwest, released a couple more solo records, while the rest of the band engaged in a range of pursuits, musical and otherwise. Guitarist Teppei Teranishi (who’d also relocated near Dustin) launched a successful leather and canvas goods design company, not to mention continuing to be a father to his three boys. This year Riley also became a dad, but spent the time apart writing about sports and music as a freelancer, teching for Weezer and Jimmy Eat World, and in the most random of career segues, for a year he entered the corporate world and wore a three-piece suit as a sales rep for a high-end bespoke tailor—“I’m just not cut out for that world. It was a soul-sucking experience.” Meanwhile his brother, bassist Eddie Breckenridge, played with a few bands, and got back into furniture making, helping build the interior of Woodcat in LA’s Echo Park. (Which apparently boasts a revolving cast of touring musicians serving up your daily dose of caffeine).

It wasn’t till around Thanksgiving 2014 that Dustin fired off a group text that would start to bring their lives back together. Sent after he and Teppei caught a particularly inspiring Brand New concert, the wheels were slowly set in motion. Due to their disparate living locales, the quartet began to share scraps of songs and ideas online, a process that’s commonplace for many, but somewhat foreign to a group used to thrashing out the majority of a record together in one room—and of course, they eventually did. In January and February 2016 Thrice reconvened in Southern California for a period of six weeks to lay down their ninth album, To Be Everywhere Is to Be Nowhere, NEW ALBUM T O B E E V E R YW H E R E I S T O B E N O WHERE AVA I L A B L E 0 5 /2 7/ 1 6 with the help of producer Eric Palmquist, who Dustin says “gave a just the right amount of feedback on the songs as we were writing; enough to challenge you but not stifle.” He continues: “We were pretty free in the studio. We built up the songs, but we hadn’t meticulously nailed everything down, so it was a good mix of preparation and spontaneity. It was a breath of fresh air.”

Compare the straight ahead punk rhythms of Thrice’s 2000 debut Identity Crisis, to the compositional complexity of 2011’s Major/Minor, and the sonic swerve is stark, yet traceable. Elements of post-hardcore remain—the riffs, the scorched Earth howl of dissatisfaction—but there’s a warmth here too, and the satisfying inclusion of pop melodies, a knack for which they’ve always maintained, no matter how heavy the music. It’s evident from the first few bars of album opener “Hurricane” and underscored by its titanic chorus.

For this record the singer found he was variously inspired by Stephen King’s seminal book On Writing, philosopher Seneca the Younger, and his feelings on modernity’s relentless connectivity, not to mention the relentless updates of news at home and around the globe. Dustin calls To Be Everywhere… his most vulnerable and most politically-minded album to date.

“Eric and I were talking about how rock music has lost all its nouns whereas hip-hop has become a very vital force, and he was speculating that this was because it was actually dealing with things that are happening concretely, and for some reason rock has become more amorphous in terms of the language used,” explains Dustin. “So I was endeavoring to write a very noun-ful record, very connected to physical things, using metaphors, but really trying to make sure they were visceral and connected quickly, as well as engaging with what’s actually going on in the world.”

And so we have songs like the bleak “Death from Above” written from the perspective of drone operators and featuring the desperately furious chorus, “But I am never sure who I am killing / How many innocents are in the building / I drop death out of the sky.” Dustin’s consideration of the institutionalized violence and racism, both here and abroad, also ekes into first single “Blood on the Sand,” with a drum stick in the verse clacking on the snare’s rim like a ticking bomb.

Elsewhere the ominous “Black Honey” considers the detrimental effects of deja vu foreign policy. “We keep doing the same things and expecting to get something good out of it,” says Dustin exasperated. “We’ve built problem on problem on problem, and now we find ourselves with ISIS and people are like—maybe we’ll do more of the same! It hasn’t worked yet: so maybe we need more of holistic approach to what we’re doing.“

But there’s a flipside on which the Thrice frontman accesses his interior, absorbing Stephen King’s advice to push yourself to write freely—without being overly critical in the first instance—and then be open to feedback afterward. “Because of that I was able to get to a more vulnerable place and I think that makes the songs more powerful,” he says. One of the album’s most anthemic moments, “Stay with Me,” is an homage to one of Dustin’s favorite Josh Ritter songs “The Temptation of Adam”— about a couple who fall in love after taking shelter in a missile silo fearing the end of the world. Here Dustin imagines their above ground and post-apocalyptic analogue, but in both songs, the protagonist is haunted by what would happen to their love, should they find “the war was over.”

Finally “Salt and Shadow” brings the lean album to its climax with a sprawling six-minute closer that subject-wise echoes the album’s title, tackling the issue we all have of being spread too thin. “Now we have the world in our pocket and it’s so easy to be disconnected from the people around you,” he explains. “Or even you know very little about a lot of things, as opposed to having a better grasp on a fewer number of things.” It’s Thrice at their most muted, flexing their ability to communicate impactfully without flooring it. A piano line, which mirrors the bars of opener “Hurricane,” signifies the LP’s finale.

Is this a comeback? Does Riley, the self-confessed worrier in the band feel the pressure? “We have always just kinda done whatever we wanted to do and we’ve been lucky enough to have a core group of fans who trust us,” he says. And their trust is well founded. Soon they’ll be hitting the road, reconnecting with fans, and really working at interpreting not only their new record, but Thrice’s much beloved back catalogue too.

“It’s exciting,” says Eddie. “I mean, that’s what’s cool about music, it’s a living thing.” And just like their songs morph for the stage, so the band members have forged onwards, splintering for a time, before returning to each other. “I remember bands when I was growing up, when they hit ten years that seemed just crazy to me,” says Dustin, “and now we are starting to come up on 20! We truly enjoy making music together and there’s something really special about the fact that we’ve had the same four guys in the band this whole time—growing up on the road and trying to figure out what that means.” – Kim Taylor Bennett