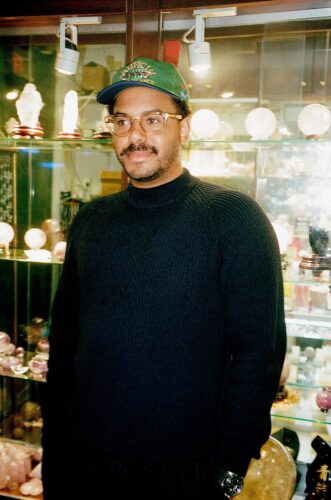 Zack Fox is an Atlanta-raised comedian, artist, actor, and writer with an ever-expanding following and footprint on the culture.

Making a name for himself in his hometown’s underground, rap-centric creative scene, Fox’s biting, hilarious commentary has vaulted records to the top of the charts and sparked both absurdist riffs and serious debate on social issues.

Zack independently released his debut rap album “shut the fuck up talking to me” via Alpha Pup in October 2021 featuring production from The Alchemist, Kenny Beats, and BNYX – supported by a sold out tour throughout the USA in February 2022.

Zack plays the clueless and lovable Tariq on the hit ABC comedy Abbott Elementary. He has written for PAUSE with Sam Jay (HBO), The Eric Andre Show, and Bust Down (Peacock) which premieres in March 2022. He is also actively developing projects of his own with Adult Swim, A24, and HBO.