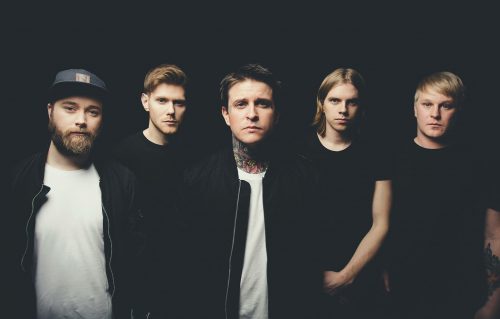 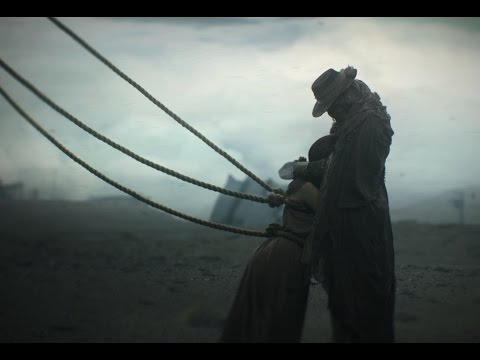 Bands will give you any number of reasons for why they play. Swedes Adept’s is by far the best. They play for the joy of it, for the thrill of the noise the five of them make. They’ll tell you they don’t care for trends, critics or about success, they’ll say they play festivals purely for the free tickets, they’ll say they do this for the fun of touring the world. They play their music simply because they want to play their music. It doesn’t get any purer than that.
“We just want to play. I don’t care too much about the other stuff,” says the band’s singer Robert Ljung. “We never went into this thinking we would make any money, we just thought it would be a cool thing to do. We love playing and, if nobody cared about us at all, we’d still love playing. That’s what this band is all about.”
Their third album, Silence The World, encapsulates all that the band have worked towards. Fusing all their influences – incendiary metalcore, instant melodies and soaring post-rock – they’re written an album that is set to build on an already impressive history, one that has seen them grace festivals like Sonisphere and tour alongside Bring Me The Horizon, As I Lay Dying, Architects and a Day To Remember among others. Silence The World, aggressive and immediate, will take them even further.
“In Sweden, metal is on the radio. I guess that’s pretty rare,” says Robert. “But we grew with bands like In Flames being mainstream. So we always wanted to be very metal but accessible too which is why there’s a lot of melody in the vocals. Much as I hate to admit it, I’ve always enjoyed singing pop songs and I want to write that magic, arena chorus. Because, much as you want people to find release in your music, you don’t just want blind fury. You’ve got to have something for people to cling onto.”
Alongside the heady riffs and glorious melody, Silence The World has moments of beauty – swelling, progressive sounds that provide light and shade for the brutality elsewhere.
“When we started in 2004, we played a lot of post rock,” says Robert. “We love those sounds, and we’re trying to find a balance between it all. Growing up, I remember lying on the grass and watching the stars when I listened to bands. I want to create that feeling, that atmosphere that makes you think of outer space.”
He sings from the heart too, his life in smalltown Sweden forming the backdrop to lyrics that can be raw and personal.
“I think I have to sing from the heart,” he says. “It would feel weird to be screaming my lungs out about something I don’t care about. It’s very important it’s personal. We have one song, Established In 2004, all about us. It’s about how we started out, all the fights we’ve had in the band, all the times we’ve wanted to quit. So I guess it’s a song about relationships. We take the lyrics very seriously – we want people to be able to connect.”
But if Adept treat their lyrics and music with the utmost importance, everything else comes with a smile. Because, though they’re a band who write from the heart, they’re not the sort to take themselves too seriously.
“I don’t want to be that be that band that’s having meeting about what went wrong at the show,” says Robert. “We’re not the sort of band who kick our own arses or torture ourselves.”
It’s why they’ve earned themselves a unique reputation on the European tour circuit. Be warned – don’t pass out near Adept because you’ve a reasonable chance of waking up with your arse tattooed, as their guitarist Jerry can attest.
“Well, we don’t tattoo it every time he passes out!” protests Robert. “His arse isn’t that big… But yes, we’ve done that a few times. In fact, every time we tour with a band, we tattoo arses if we have permission!”
It’s certainly different. But it points to the fact that Adept are in this for the joy of it. “Exactly,” says Robert. “If we’re playing a festival, say, we’re probably going to be raging more than anyone else! We’re always out, partying and buying people beers. I always go along to festivals a few days before we’re due to play, put up my tent and have a party.”
They formed in Trosa, Sweden in 2004 with exactly the same attitude – to enjoy themselves. “We just wanted to play,” says Robert. “Not much has changed to be honest.” In the small town outside Stockholm, Robert, Jerry and Gabriel would play covers at the drummer’s house – again playing just for the joy of it. Over the course of two previous albums, those three have remained the core of the group, with Filip joining in 2009 and Gustav in 2011. And though their reputation for broad, brilliant and insightful metal has grown, they now believe they’re on the cusp of something bigger.
Silence The World marks a new chapter in the band’s history. Now is when they break for the mainstream. “We want to see the world, we want to go to the States, to South America and see what Brazil and Argentina look like. We want to do the best we can,” says Robert. “I really think we’re on the verge of something here.”